Or use the QR Code below: 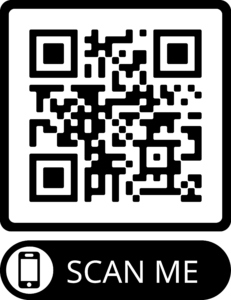 People who test positive for COVID-19 might not develop symptoms and not all symptomatic people will experience all symptoms. If you are experiencing symptoms, it is important to check with your healthcare provider for signs of COVID even if you’ve been vaccinated.

What are PCR tests?

PCR stands for polymerase chain reaction test. This test is a quick, highly accurate way to diagnose certain infectious diseases. The PCR test works by finding the DNA or RNA of a pathogen in a sample and if the particles are detected then the test will be considered positive. The test will determine if the Covid virus is present by analyzing the DNA and RNA.

There are three critical steps to the COVID-19 PCR test:

• Our lab extracts the sample from the swab, which contains your DNA and possibly the DNA of a pathogen. If present in the sample the test will be considered positive.

• The sample is placed in a machine and the enzyme called polymerase is added to the sample. This causes the sample of genetic material to be copied multiple times.
• The copying process occurs multiple times and after about an hour, billions of copies are made. If a virus or pathogen is present, it will be indicated after this process.

Molecular tests for COVID-19, like the “RT-PCR” technology used by many laboratories are widely considered the “gold standard” for spotting the most infections caused by SARS-CoV-2.

By comparison, home tests are also known as “antigen,” “lateral flow,” or “rapid” tests, which return faster results, are less sensitive than PCR tests but can help identify cases when people are likely to be contagious. However, rapid antigen tests might only detect on average 75% of cases that PCR tests can spot, with antigen tests performing best in symptomatic people within the first week of their disease.

Antigen tests work by mixing samples from patient swabs with a buffer, a liquid that helps the virus travel across a strip coated with antibodies that bind to specific proteins – known as antigens – common to many virus variants. Like a positive over-the-counter pregnancy test, the strip appears as a colored line if it detects the antigen.

Is there anything else I need to know about PCR tests?

PCR tests are a reliable, accurate method for identifying various infectious diseases. These tests can make diagnoses before any symptoms occur which allows you to get ahead of the spread.